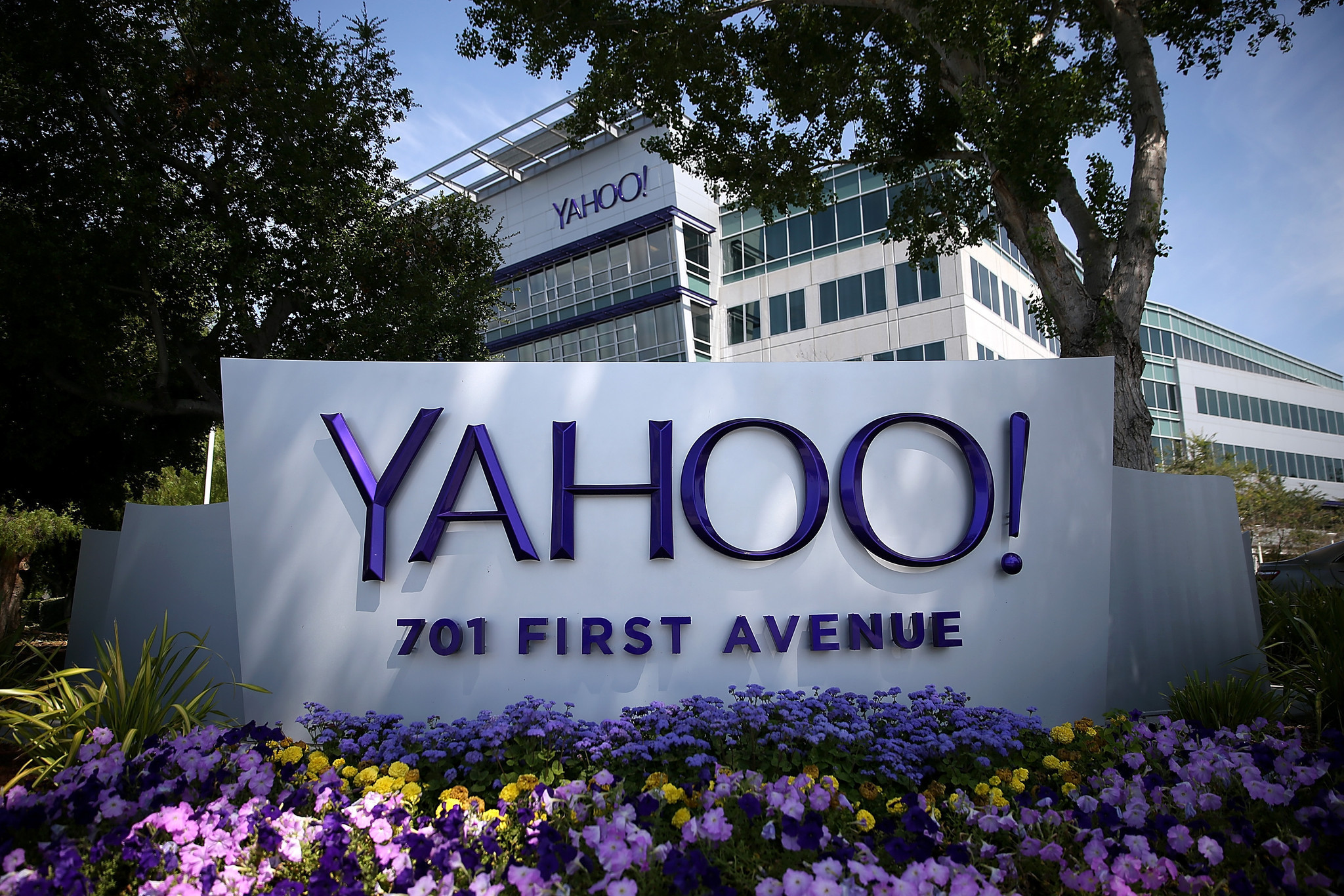 By buying Yahoo, Verizon scoops up a rare prize: Silicon Valley real estateOne expert valued Yahoo’s Sunnyvale, Calif., campus at about $500 million. (Justin Sullivan / Getty Images)Andrew Khouri and Tracey LienWith its $4.8-billion acquisition of Yahoo, Verizon has snatched up an Internet pioneer with a massive audience.But it has also secured something equally coveted in Silicon Valley: real estate.When the deal closes, the New York telecom giant will become one of the largest office landlords in the nation’s technology hub thanks to the roughly 1 million-square-foot campus Yahoo owns in Sunnyvale, Calif. — a desirable position amid the current tech boom.“We have seen a big upswing in rents,” said Jennifer Vaux, a Silicon Valley researcher for brokerage Colliers International.Indeed, the office market has been on a multiyear upswing as tech giants and start-ups have expanded.See the most-read stories this hour >>Mark Ritchie, president of Ritchie Commercial, valued Yahoo’s Sunnyvale property at roughly $500 million. That’s one-tenth of what Verizon has agreed to shell out for the entire company — a percentage that reflects both Yahoo’s fall from grace as well as the demand for Silicon Valley land.Average office rents in the second quarter were $4.17 a square foot, nearly 70 cents higher than a year earlier, according to commercial real estate brokerage JLL. Vacancy, meanwhile, ticked down 1.5 percentage points to 12.1%.“Silicon Valley is really difficult real estate-wise,” said Ralph McLaughlin, chief economist at real estate firm Trulia.Tech giants, in particular, have been active in purchasing and leasing real estate.Facebook now has 3.5 million square feet in Menlo Park, Calif., and Google’s headquarters totals 3.1 million square feet in a Mountain View, Calif., campus known as Googleplex. Apple is also under construction on a second campus, totaling 2.8 million square feet, that’s set to open next year on 176 acres in Cupertino, Calif.And developers are still building. In total, they broke ground on 2.5 million square feet of office space in the second quarter, according to commercial real estate brokerage JLL.Still — like the tech boom itself — there are questions how long the good times can last, especially as venture capital funding declines. JLL said that leasing activity has slowed and new buildings are increasingly opening vacant.That dynamic, JLL said in its recent report, “reflects the beginning of a cooling period as tenants and landlords alike take pause to assess rent growth in addition to how much longer this cycle will last.”What Verizon ultimately plans to do with its new real estate hinges on answers to such larger economic questions, as well as some issues particular to the telecom.Verizon spokesman Bob Varettoni declined to comment, other than to say it intends to acquire “any real estate associated with Yahoo’s core business operations, including the Sunnyvale property.”There are several options once the deal is finalized, which is expected to happen early next year. Verizon could sell the real estate and lease it back, hold onto it and bet values will rise or sell it to another user.Such decisions, of course, are usually based on staffing. The Yahoo deal comes a year after Verizon snatched up Yahoo’s longtime New York rival AOL, which it said it plans to integrate with the Sunnyvale firm.How much overlap is found — and whether job cuts come primarily from Yahoo or AOL— will go a long way in determining how much Silicon Valley real estate Verizon needs.“A lot of this is still up in the air,” said Mark Rogers, a corporate governance expert who has been following Yahoo’s travails. “This is going to take some time to shake out.”If Verizon sells the property, Ritchie said it would find plenty of willing buyers. Most of the slowdown, he said, has been in the smaller office spaces sought by start-ups, which are struggling to secure financing after years of easy money. Venture funding in the U.S. was down nearly 18% in the first half the year compared with last year, according to KPMG.Potential buyers for Yahoo’s Sunnyvale campus could include tech giants like Google or foreign investors that have sought secure returns in Silicon Valley real estate amid uncertainty in global economies.“It would be a rush among institutional investors and technology owner users,” Ritchie said.If Verizon does decide to cash out, any sale could be a ways off. Bank of America, for example, acquired vast amounts of Southern California office space in 2008 when it purchased Countrywide Financial.NEWSLETTER: Get the day’s top headlines from Times Editor Davan Maharaj >>It took four years for Bank of America to sell 10 former Countrywide buildings to Los Angeles developer Rising Realty Partners, which has since resold eight of those.Verizon must also decide what to do with the property Yahoo leases, which according to CoStar Group includes about 131,000 square feet in Playa Vista.In recent years, Playa Vista, along